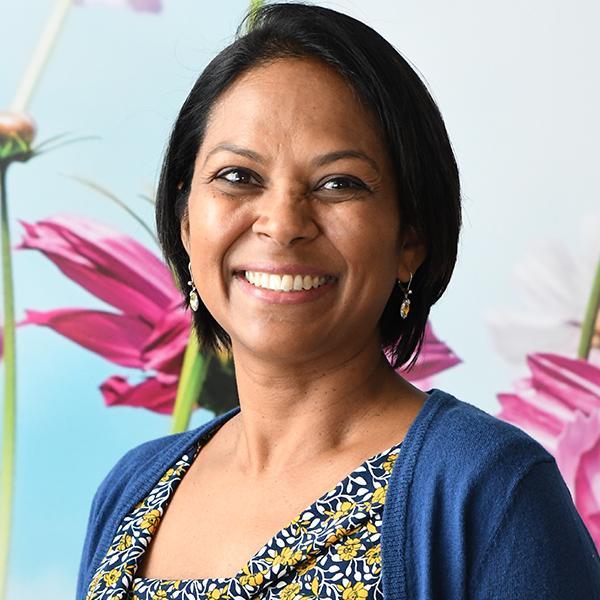 Sushma Lachmansingh is a practicing hospitalist midwife. She completed her midwifery training in the United Kingdom and has held privileges at Oak Valley Health’s Markham Stouffville Hospital since 2000. In her time here she has held the role of head midwife during two separate periods.

Her areas of interest include waterbirth, performing as surgical assistant in caesarean sections, implementing measures to encourage low-risk birth and teaching/mentoring new midwives.

Sushma is registered with the College of Midwives of Ontario (CMO) and maintains current certification in CPR, neonatal resuscitation, emergency skills and fetal health surveillance.

“I play a lot of roles in my life – wife, mother, sister – and through all those roles midwifery has been a central piece of me. It’s part of my identity.”

Sushma Lachmansingh is a hospitalist midwife in the brand new Alongside Midwifery Unit that opened on July 9th. She has more than 17 years’ experience as a community midwife.

The AMU brings with it a lot of opportunities. It can help change the misconception that midwives only provide home birth options, which Sushma says is untrue. It gives expectant mothers another choice for their birthing options.

“Many of our moms would love to give birth in an environment like this, where they don’t feel like they’re in a hospital environment, but they are.”

Finally, it gives midwives an opportunity they’ve never had.

When she’s not at the hospital Sushma can be found reading, spending time with her children or checking off items from her bucket list like she did last year when she learned to ride a bike.